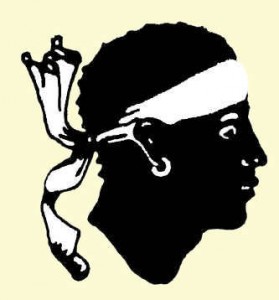 Black Jews have lived in Iberia and Africa as far back as the time of the Carthaginans. Jewish traders sailed on Carthaginian merchant ships and traded all along the coast of North Africa and even into the Americas.

Many African tribes along the coast of North Africa and way into the southern savanahs, beyond the Sahara deserts they were ancient Hebraic jewish tribes. Those tribes got caught up in the events that followed the death of the Islamic Prophet Muhammed all the way from Medina to the Maghrib. It is widely acknowledged that one of the most determined fighters against the black Arab enchroachment on black African berber property was Queen Kahina a black jewess Queen of the Maghrib.

Early Arab scholars who visited the southern fringes of the Sahara desert report the presence of jewish tribes in places such as ancient Ghana and Mali. Many tribes in Africa today still recall their Hebraic roots and many more continue their ancient jewish laws and tradition unadulterated by the politics of the modern days.

So the African Moorish Empire took root in Iberia and the rest of the southern mediterranean coast. Black African Muslims and Black African Jews with their Black African christians as such ruled Europe for the next 700 years.

That was when the Pope of Rome who was the chief of the rebellious pale European tribe who fell outside civilization began his open war against the armies of Jah, Allah the God of the Africans.

The Roman papacy organized the rudest, cruelest, barbaric sort of insurrection against the rule of the Black Moorish caliphates who brought light and civilization to the pale Europeans.

The most wretched rogues, brigands, terrorists, lowlive mass murders, predecessors of mass killers like Christoph Colons (aka Christopher Columbus) were deployed into this battle.

This movement was variously known as the “reconquistada” or “the crusades”. The Pope was always the Commander in Chief as there were no true pale European nations so to speak at that time. They all lived under this super-tribal formation called the un-Holy Roman Empire or the un-Holy Roman Catholic Church.

This Holy Rome was not the old Roman Empire. This un-Holy Rome was the product of some outlawed occultist priesthood who had sworn to mis-use their knowledge of the ancient African mysteries to create a rebellion on earth.

The Ancient African Mysteries, the Papacy and the Roman Catholic Church

The mysteries had originally been brought to old Rome by black Africans monks such as St. Ignatius of Antioch, Origen, Tertullian, St.Augustine, and many other un-named masters of the old science. Rome was a child of Africa and for centuries had always been oriented towards North Africa as opposed to North Europe.

Black Africans could become and were Roman citizens, just as many Romans migrated and settled Africa. As such it was not surprising that branches of African created mysteries like christianity should be taken from southern Libya and upper Nile Egypt to Rome and Athens to illuminate their minds.

Many cults were found in old Rome and they thrived and died at their time. This one mystery that came from Africa later called christianity was hijacked by some bad-minded types the tail end of the power of old Rome.

They then destroyed old Rome from within, like some cancerous tumors and began their asent to dominion over the rest of the earth. They called themselves the “Holy” Roman Universal (Catholic) Empire (Church). They would go out into the world and overthrow the ancient domains of the old mysteries, the real histories and replace them with fallcies.

The Setian Rebellion Project, Europe and the Roman Catholic Church

The spiritual and temporal leader of this entreprise was the Pope. He was based in Vatican. He was the leader of this evil set of rebellious outlaw priesthood who with the aid of peverted knowledge of some ancient Ta-Muurish (African) mysteries first cast his stranglehold over the asiatic pale tribes of Europe who were refugees from the Steppes of Russia. Those tribes were making very important demographic changes in Europe at that time.

The Papacy has through conquest and programming, through rape, murder and sundry acts, completely corrupted the new pale tribes of Europe.

He was now ready to unleash his minions against the true priestly order, turn the world unside down, mock Yasus, Mohammed and Mary, and kick Amen-Ras out of his kingdom.

That was when he launched the crusades. The reconquistadas. The Pope, the modern day descendant of Set the rebel who sought to kill Osiris the King; Set the red who would fight against Osiris the Perfect Black.

In launching the crusades, the Papacy advised his pale European minions, to loot and destroy the Moorish Jewish cities of Jerusalem, Cairo, Marrackesh, Toledo, Axum, and Benin (which he called Guinea).

He gave them the sacrament of indulgence which was a carte blanche cheque to commit evil in the name of the Pope. They set out thus properly mandated and authorized by their mystic rebel father, to bring a kind of evil, and perfidy which years of civilized programming had removed from the minds of the earth generations.

This was the movement of pale European tribes under the direction of the Pope of Rome to conquer the land of the blacks from which they were expelled in the very distant ancient past for some sin of jealously, theft and murder.

At the time of his rise, he was set to prove the value of his doctrine of rapine and pillage, so he delibrately instructed his reconquistadas to use the “shock and awe” tactis of rape and needless destruction.

Perfidy and treachery. Ignominy, lies and Ignobility were the choice weapons of the Pope and his army.

They worked for him too.

Because soon his army was destroying and looting, burning and stealing, killing and sacrificing as much as they wanted.

The noble Muurs were caught off balance by this new concept of ignominy and perfidy in wars or in love. They were higher moral beings. They paid for this with their kingdom and civilization which was stolen by the Pope of Rome, and his hordes of pale crusaders and conquistadas.

Spain was lost, then Portugal, then Sicily, Corsica, then Jerusalem, Cairo, then Cape Verde, then Lagos (which belonged to Benin-Guinea) all in quick succession. Black domains now dominions of the Pope.

More would be lost in the later times. All was eventually lost when the pale Europeans had the boldness and the gall to re-designate the noble Muurs of Marrakesh as negros of negroland. It was when the pale European dropped the religio-ethnic identification of “jew” from the compound word “black-jew” and so created the new “blacks”, that he began laying the foundation for the present day ignorance of black Muurs and black Jews about their true origins.

We heard about the racist over-reachings of the pale Europeans upon conquering Iberia. Their excesses and their excreations. Their inquisitions and their expulsions. The bones of the dead still speak through the genes of their generations living today…us…the living Muurs.

What happened to the black jews of Spain? The Marranos?

What Happened to the Marranos, the Black Moorish Jews of Spain?

Beginning in 1478, in the reign of Ferdinand and Isabella, no less than 13,000 Marranos (Black Jews) were executed by the Inquisition. At the same time, the monarchs continued to employ Jewish functionaries – such as Don Isaac Abravanel – in their court. Luis de Torres another Spanish black Jew played a pivotal role in Chritoph Colon’s first journey to North America.

In 1480s the Spanish inquisition was launched, and hundreds of thousands of jews and muslims were hounded, persecuted, jailed, slaved and deported.

On March 31, 1492 the Edict of Expulsion was signed, resulting in 300,000 Marranos Black Jews to the coast of Benin/Guinea in West Africa. Sao Tome, Principe, Cabo Verde were some of the places that they were first sent. Their cemetries, and descendants still exist today on those Islands to verify this account.

The last Jews left on August 2, 1492, the day before Columbus sailed. The first words Columbus wrote in his log were: “After you expelled the Jews your majesties sent me with a fleet.”

That was also the traditional day of mourning (9th of Av) for the destruction of the First and Second Temples.

In 1694, the 17th Council of Toledo made all Spanish Jews slaves. They were shipped to the Island of Jamaica and Hispaniola. Others went to Sao Tome, Cabo Verde, and Mauritius. Many of them escaped the Spanish jurisdiction and began independent communes in the hinterlands or the mountains. The Spanish word “Marroons” is a play on their Spanish ethnic designation the “Marranos” (rather than “cimarron” root the conventionally accepted root).

Marranos (means Moorish Jews in Spanish) were the black Jews of Spain who ruled that country for 700 years with the black Muslims of Morocco, Senegal and Nigeria.